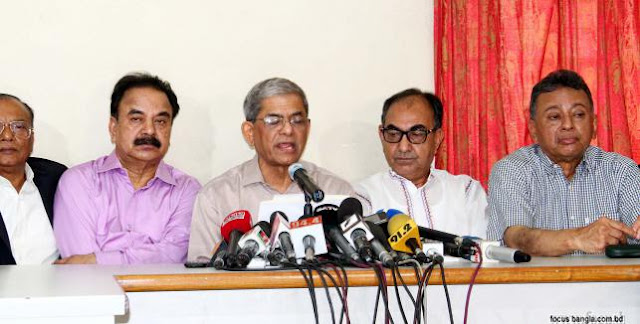 Firmly censuring the expulsion of its organizer Ziaur Rahman’s Swadhinata Padak from the National Historical center, Bangladesh Patriot Party (BNP) on Thursday reported a countrywide show program for Saturday to dissent at the administration’s “malevolent” choice.

He said the project will be seen at all area towns and divisional urban areas of the nation.

Prior on Wednesday, the Swadhinata Padak gave on Ziaur Rahman was expelled from the National Gallery evidently taking after a choice of the administration to disavow it.

Swapan Kumar Biswas, manager of History and Established Craftsmanship division of the National Gallery, said they evacuated Zia’s award and reference of the Swadhinata Padak from the Historical center after an order of the freedom war undertakings service.

The BNP-drove government gave the Swadhinata Padak on both Bangabandhu Sheik Mujibur Rahman and Ziaur Rahman (after death) in 2003.

A bureau board on national grant as of late suggested denying Zia’s Swadhinata Padak.