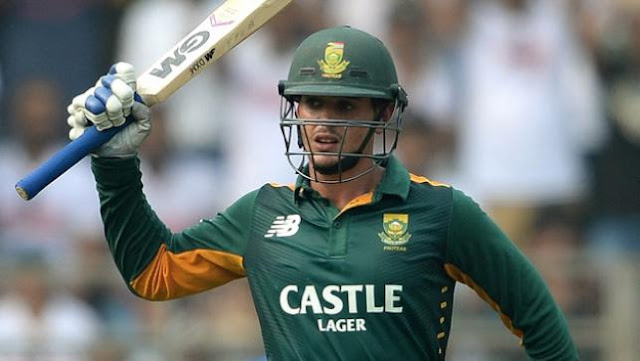 Quinton de Kock scored 104 as South Africa cleared past Sussex by 66 keeps running in the opening one-day match of their Britain visit on Friday.

In a match lessened to 32 overs on account of rain, De Kock scored 104 off 78 balls while Wayne Parnell and JP Duminy struck half-hundreds of years as South Africa kept running up a considerable 289 for four.

Sussex were never in the pursuit in the wake of losing openers Chris Nash, the skipper, and Luke Wells for ducks in the first over rocked the bowling alley via seamer Kagiso Rabada.

De Kock, 24, who missed the Indian Head Class subsequent to affliction a finger damage in New Zealand in Spring, resigned in the wake of striking five fours and seven sixes.

He and Parnell put on 121 for the primary wicket before Parnell hit 61 off 42 conveyances with seven fours and three sixes.

South Africa have another warm-up amusement at Northampton on Sunday before confronting Britain in the opening ODI at Headingley on Wednesday.