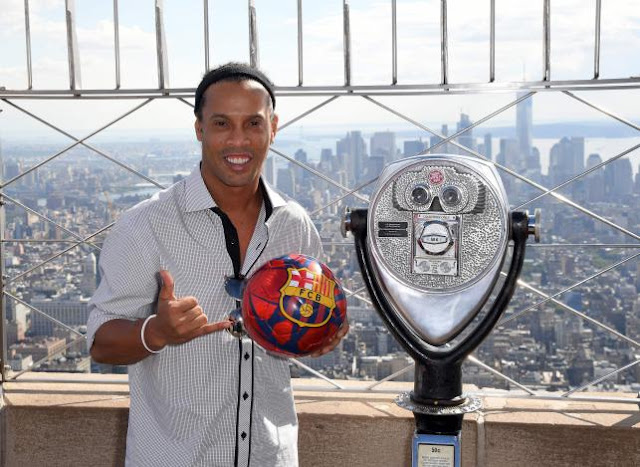 FC Barcelona gets a definitive New York welcome on Wednesday when the Realm State Building lights its tower in Barca blue and red when Brazilian hotshot Ronaldinho flicks the switch.

The tribute at nightfall denote the Spanish champions’ entry in New York, where they opened an office on Park Street on Tuesday and are recognizing a 10-year philanthropy association with UNICEF.

The Catalan club, whose group incorporates a universe of whizzes including Ronaldinho and Argentina’s Lionel Messi, is the second wealthiest football club on the planet after La Liga matches Genuine Madrid.

The opening of a New York office flags a noteworthy business development by the group, two years after it opened a Hong Kong office to take into account the Asian business sector.

FC Barcelona president Josep Maria Bartomeu told Barca television in a meeting that the club needed to make an establishment ladies’ group to contend in the National Ladies’ Soccer Association to help the club’s profile in North America.