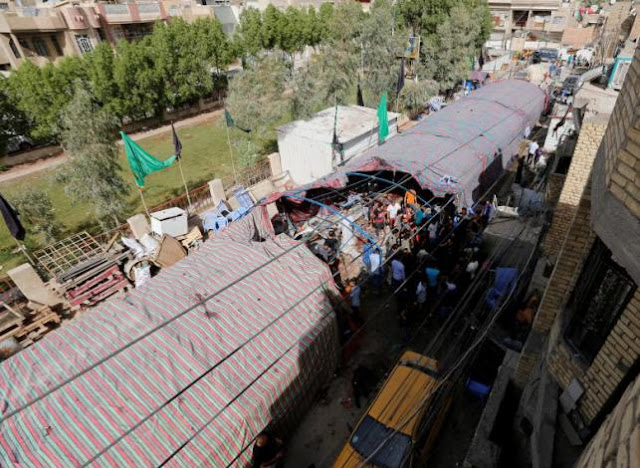 A suicide aircraft exploded a dangerous vest amidst a Shi’ite Muslim assembling in Baghdad, killing no less than 31 individuals and injuring around 30 on Saturday, police and doctors said.

The blast went off inside a tent loaded with individuals participating in Shi’ite Ashura ceremonies, grieving the murdering of Prophet Mohammad’s (SAW) grandson Hussein in the seventh century.

A few people were additionally there to grieve the demise of a neighborhood occupant, said powers.

The tent was set up in a packed market in the city’s northern al-Shaab region.